73 years ago, with the eyes of the world upon us, India reinvented herself. Starting out with clarity of purpose towards the future, our country declared in a unified voice that we are one! It wasn’t our distant ancestors, far removed by the eons in time, but our own grandfathers and great grandfathers that gave up everything so that we may live our lives free and independent.

On the occasion of Independence Day, Mr. Mayank Vaishnav, of the department of Hindi, took a page out of history and shared a few snippets from the remarkable legacy of Shri Durga Das Khanna, after whom the Foundation was named and established in 1991. Born in 1908 into an affluent family, he gave scant regard to material comforts and instead threw in his lot with the freedom struggle along with his peers and close friends, Bhagat Singh, Sukhdev and Rajguru. Well educated, a voracious reader and an intellectual, he was counted amongst the biggest adversaries to the British Empire in the pre-partition state of Panjab, and was also confined to jail for his role in the freedom movement. In the years after independence, Shri Durga Das Khanna continued to work tirelessly for the downtrodden and underprivileged sections of society, aided and later emulated by his grandson, Atul Khanna, Director of the Durga Das Foundation.

The Student Council and the entire staff, assembled for the flag hoisting ceremony by the Director and the School Captain, Arsheya Kang, which was followed by the National Anthem. Vijayant Chaudhary, a student of Class 9 recited a beautiful, self-composed poem on the occasion which was greatly appreciated by everybody. 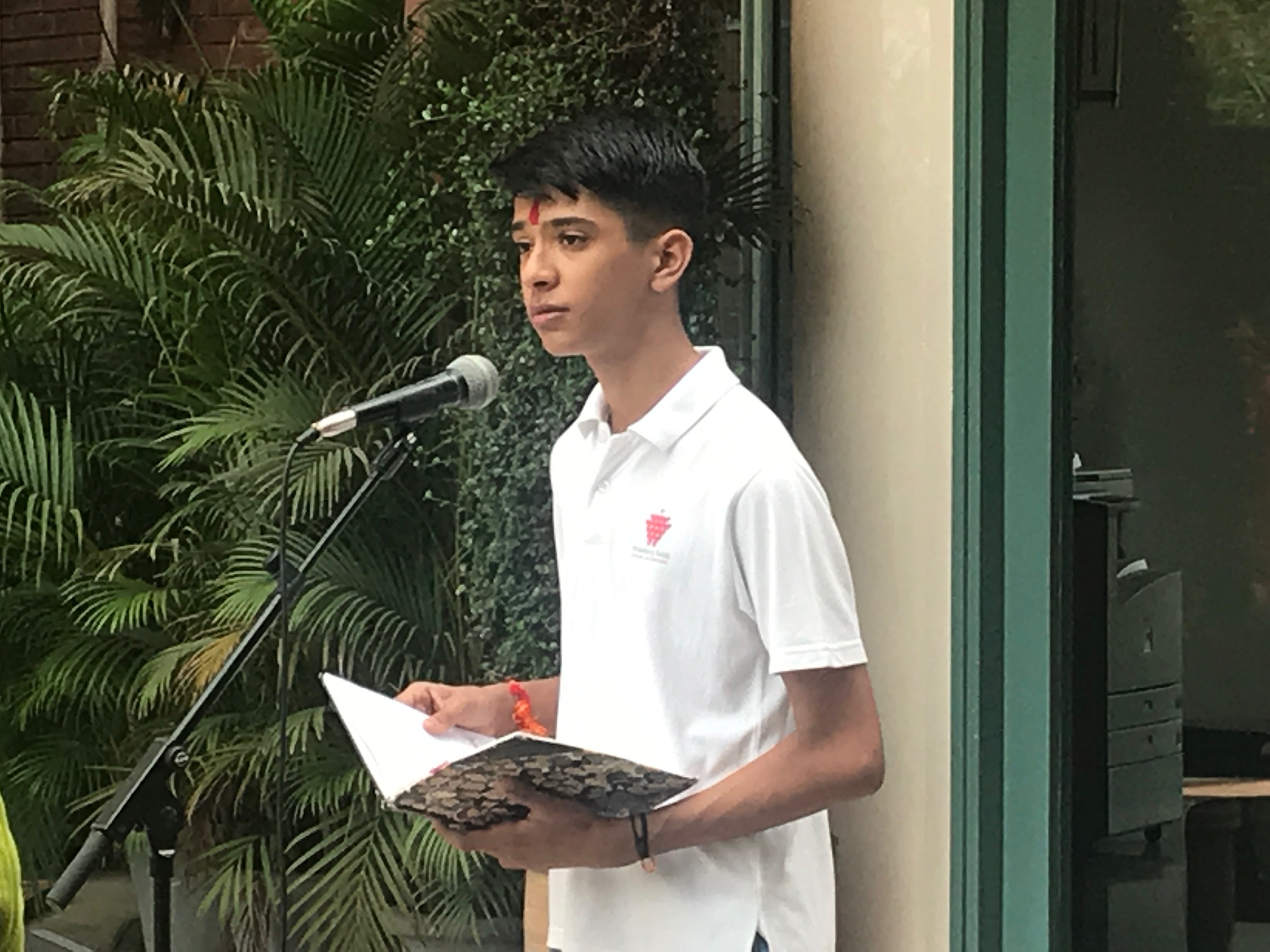 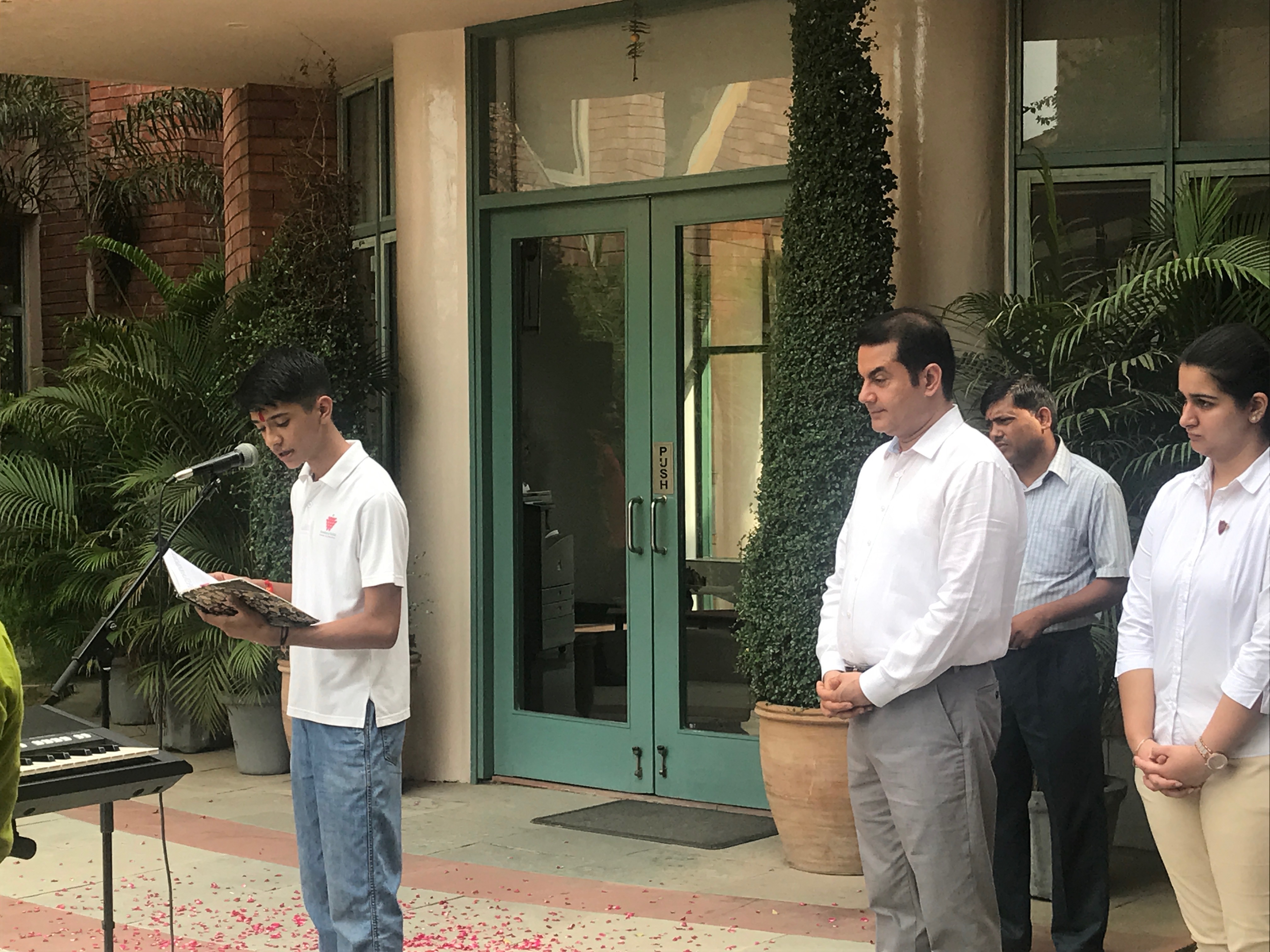 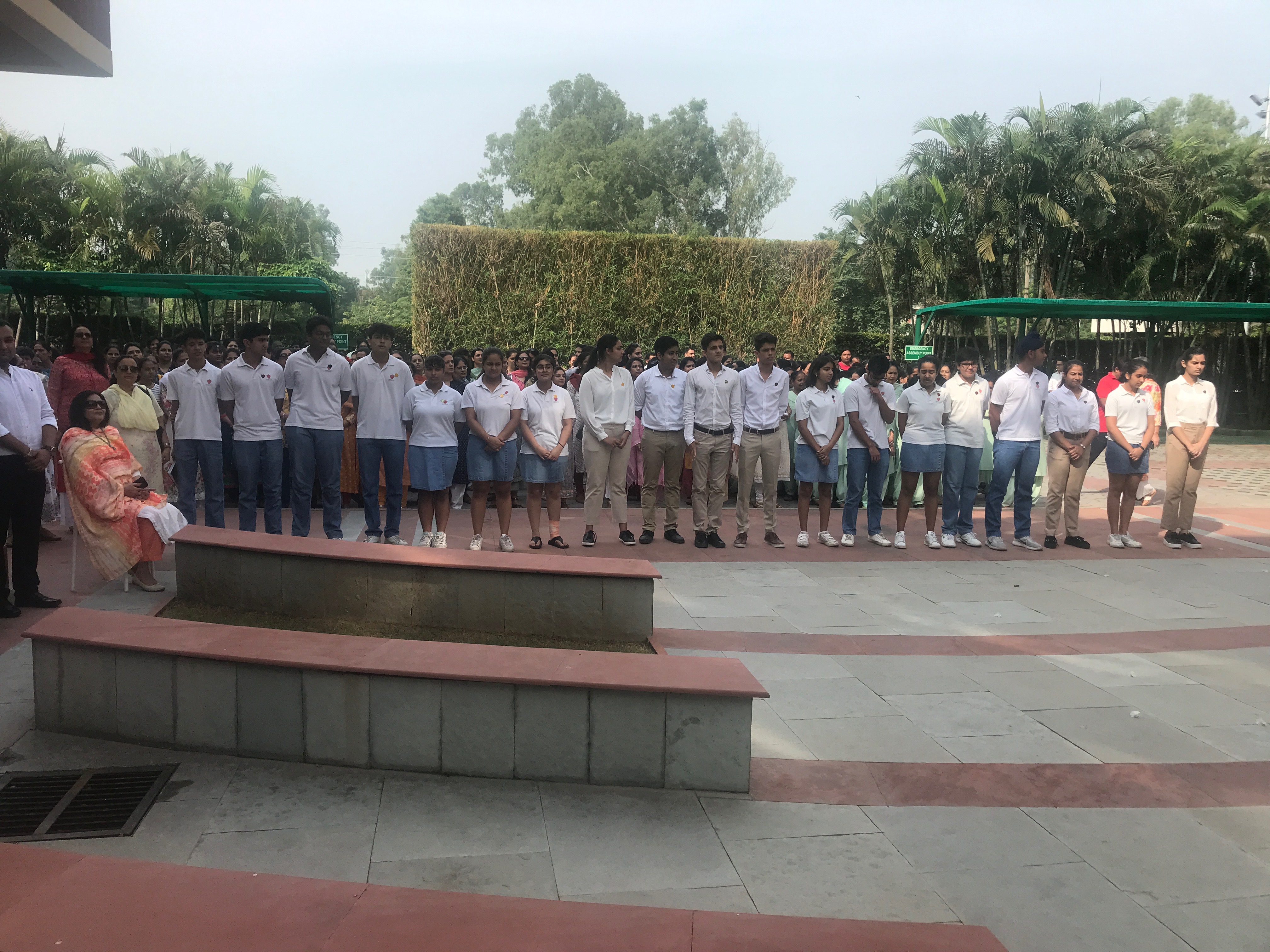 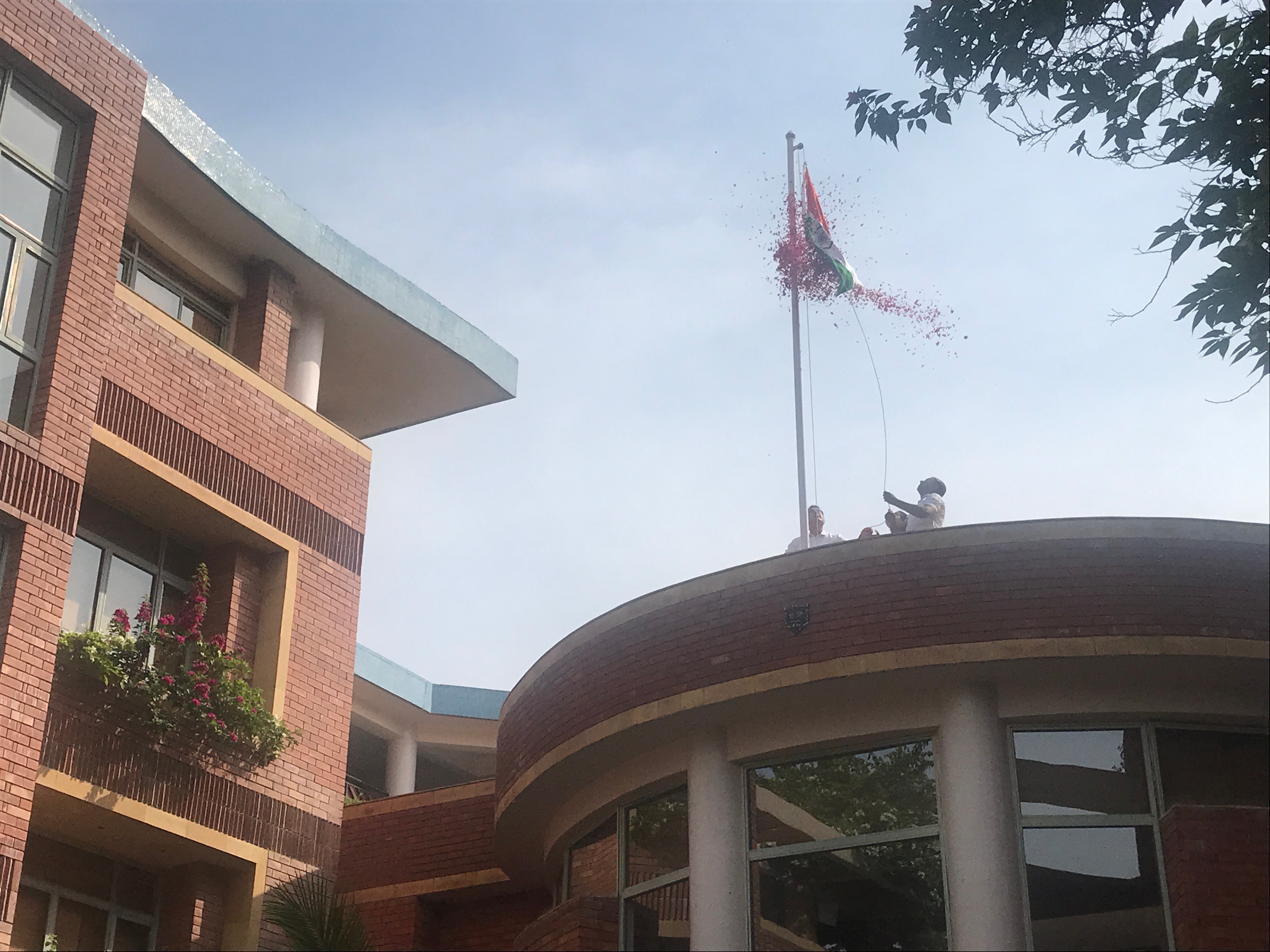 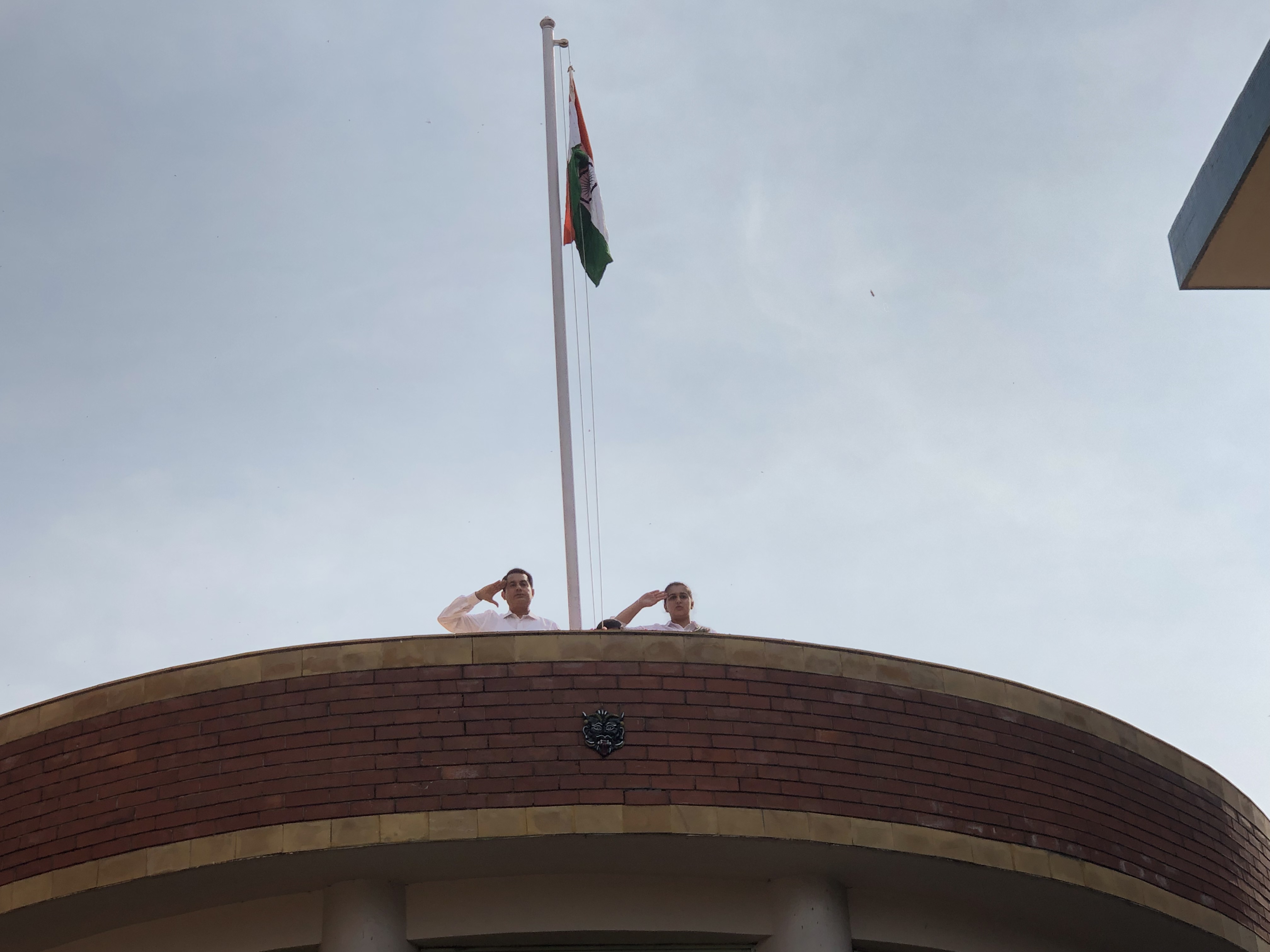 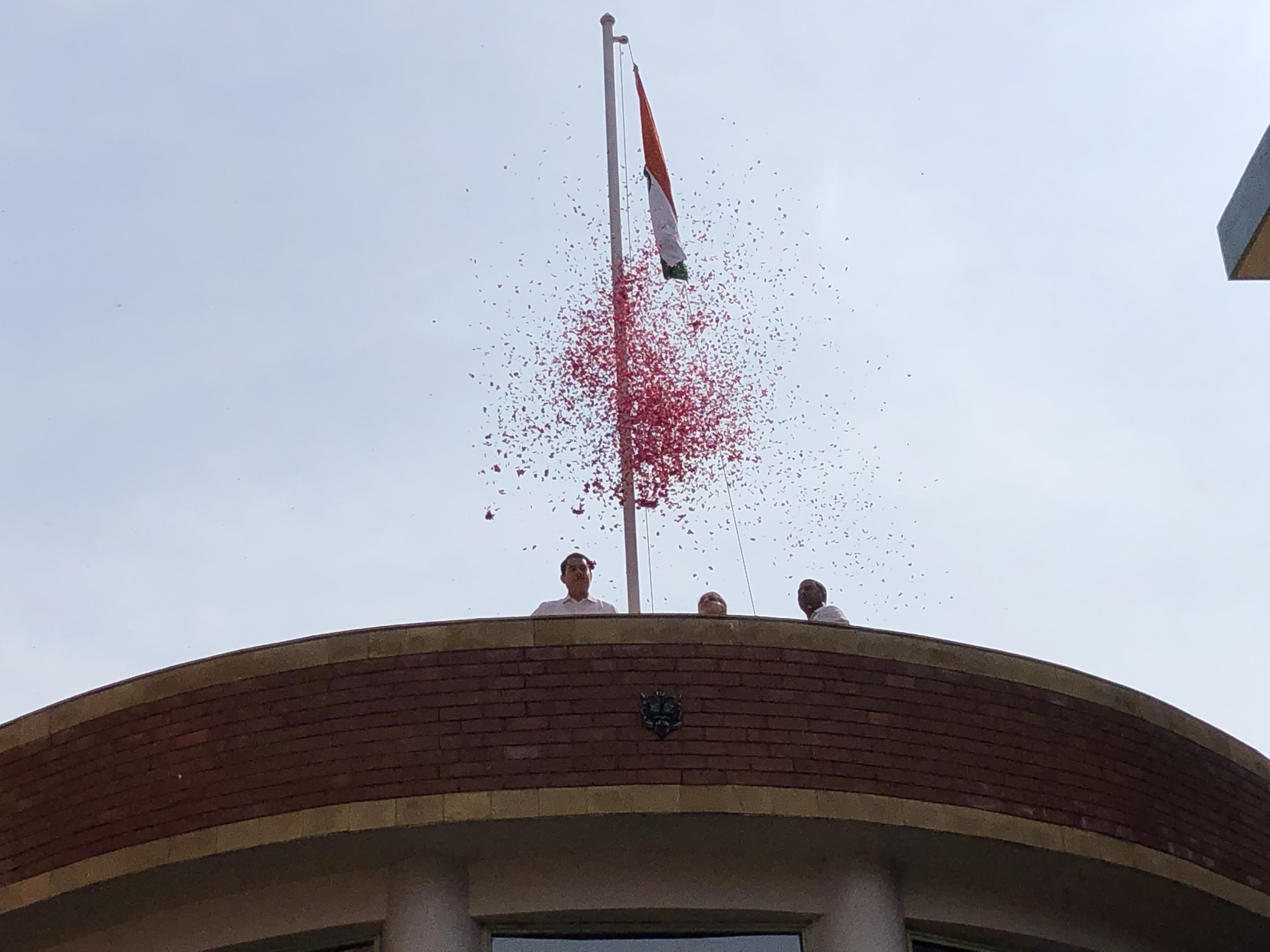 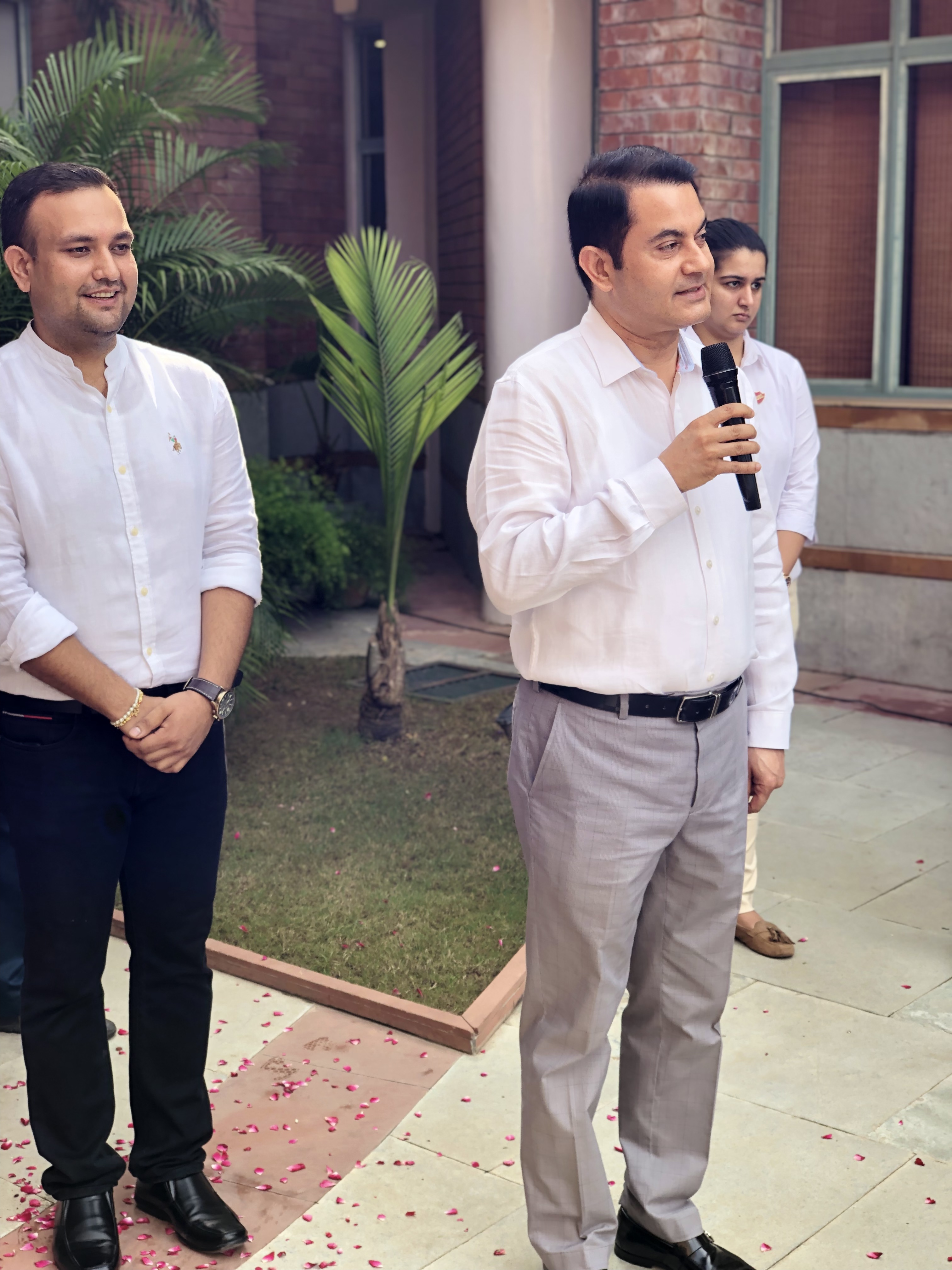 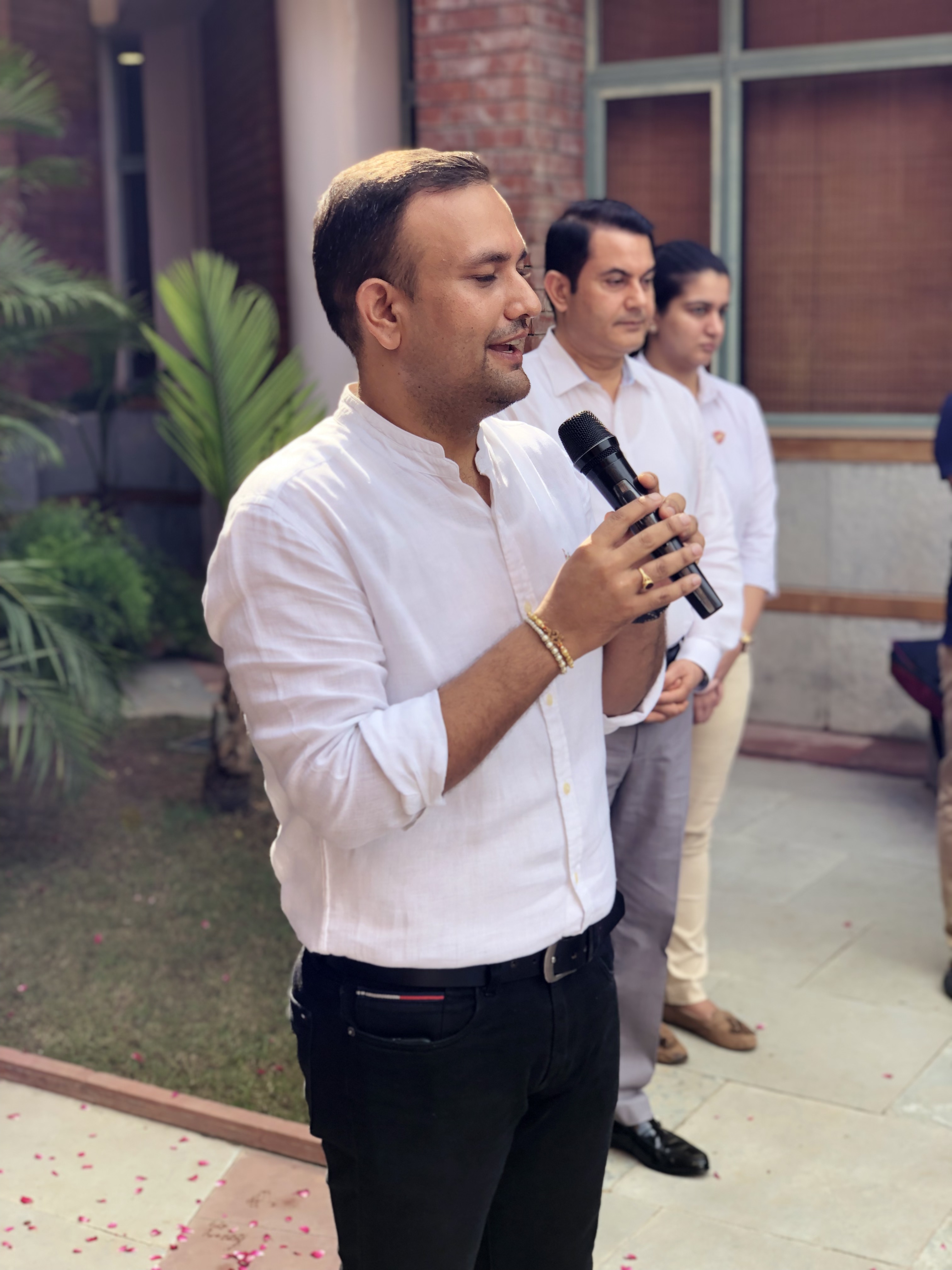 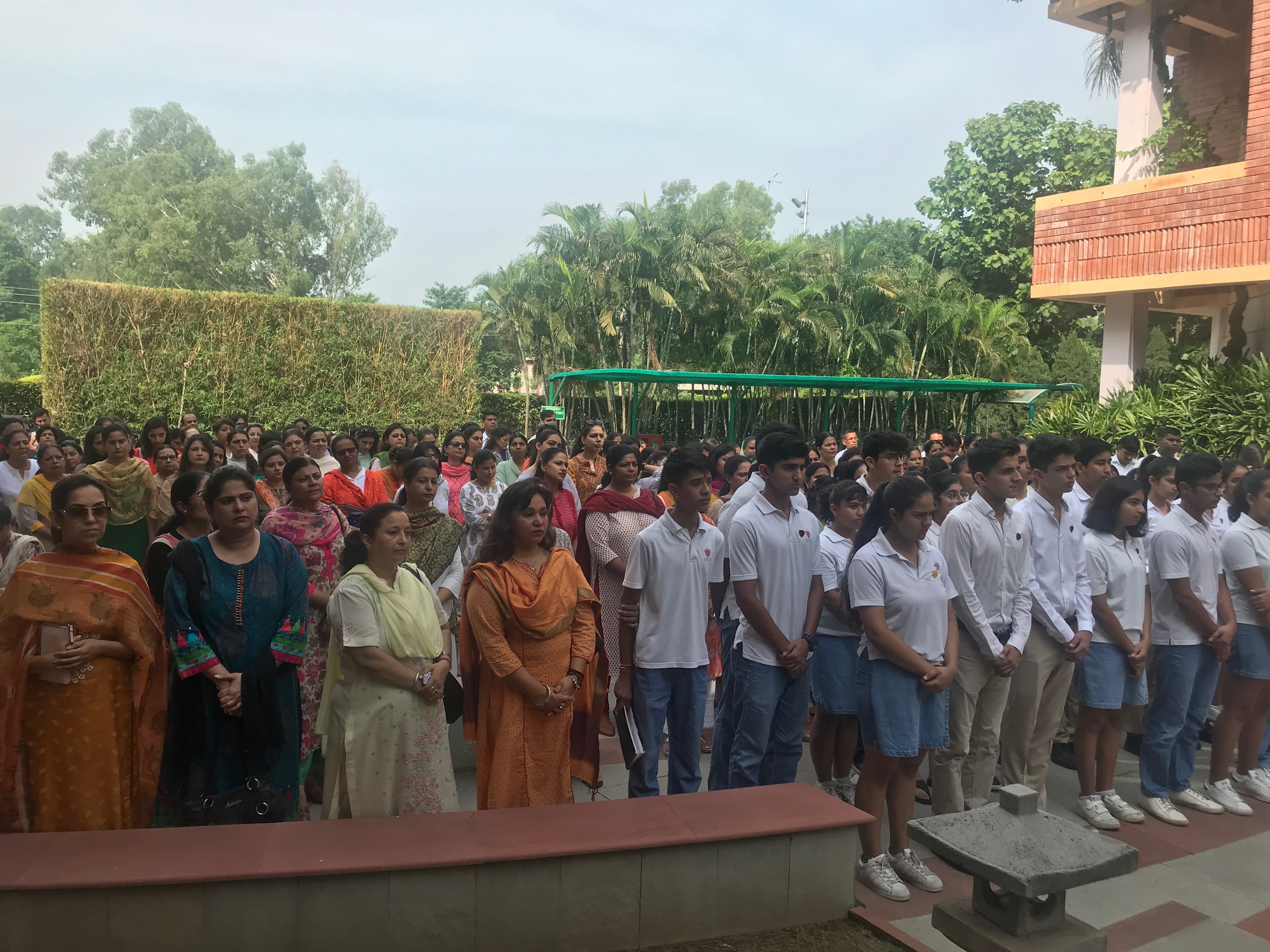 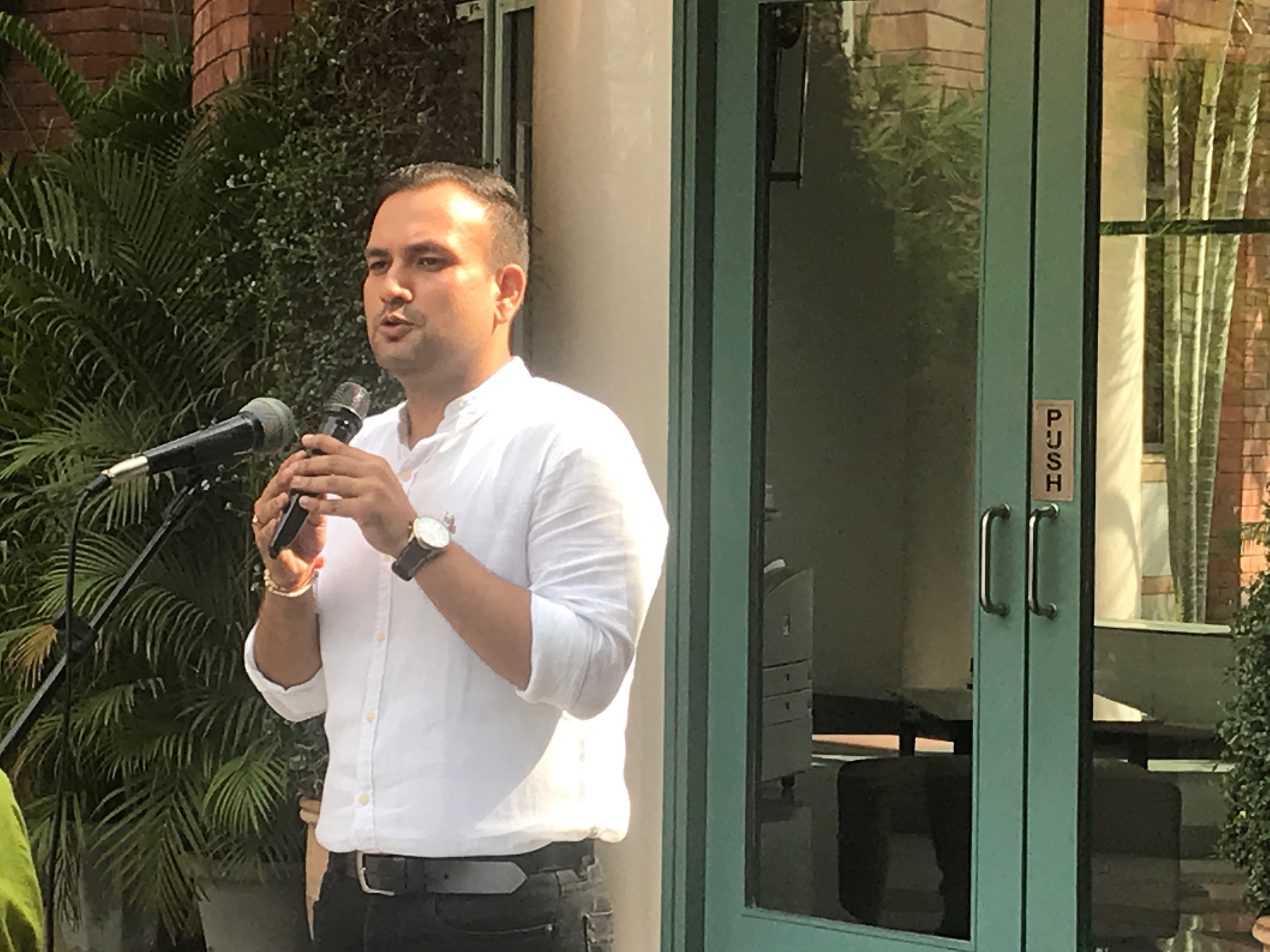 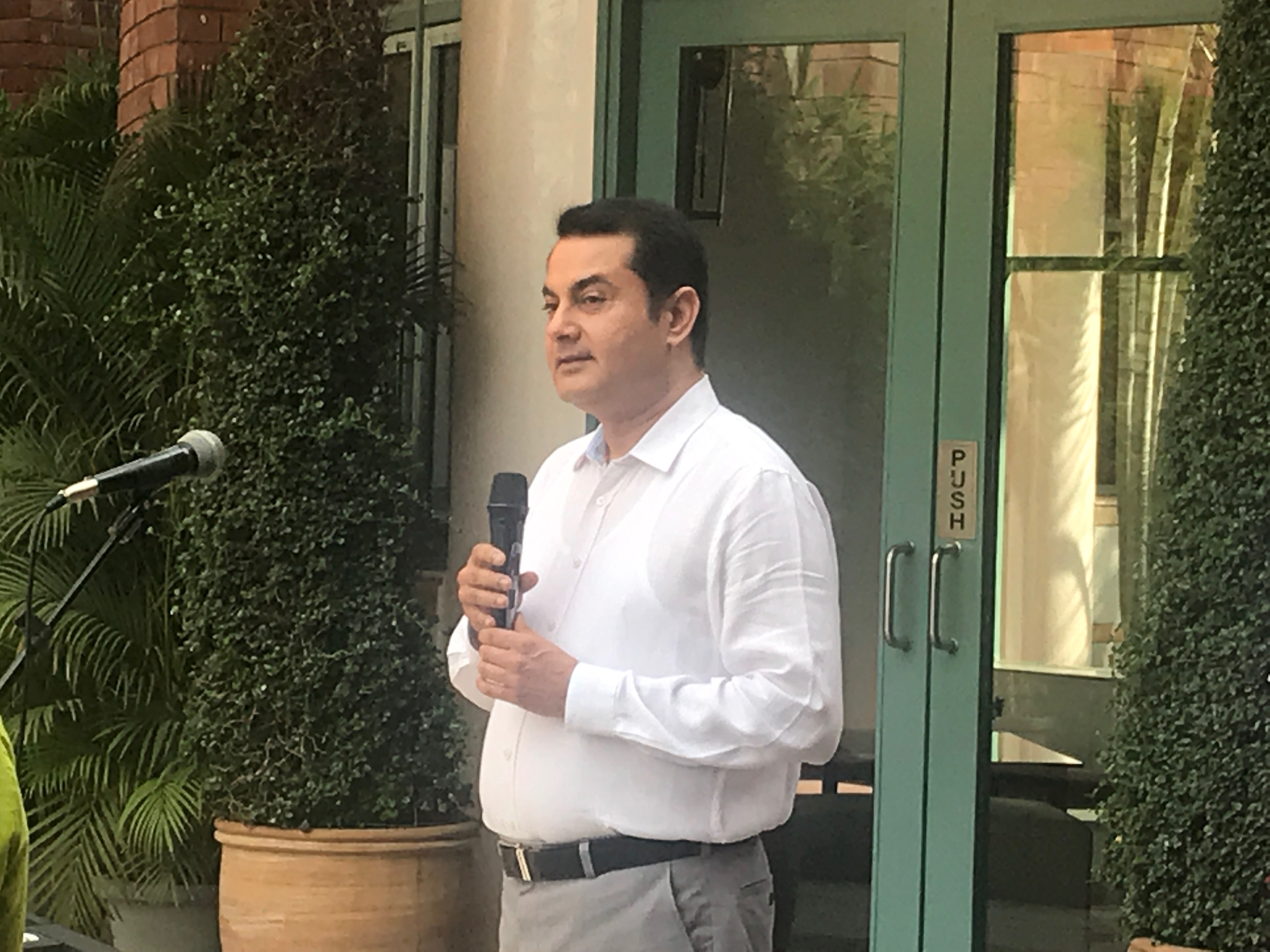 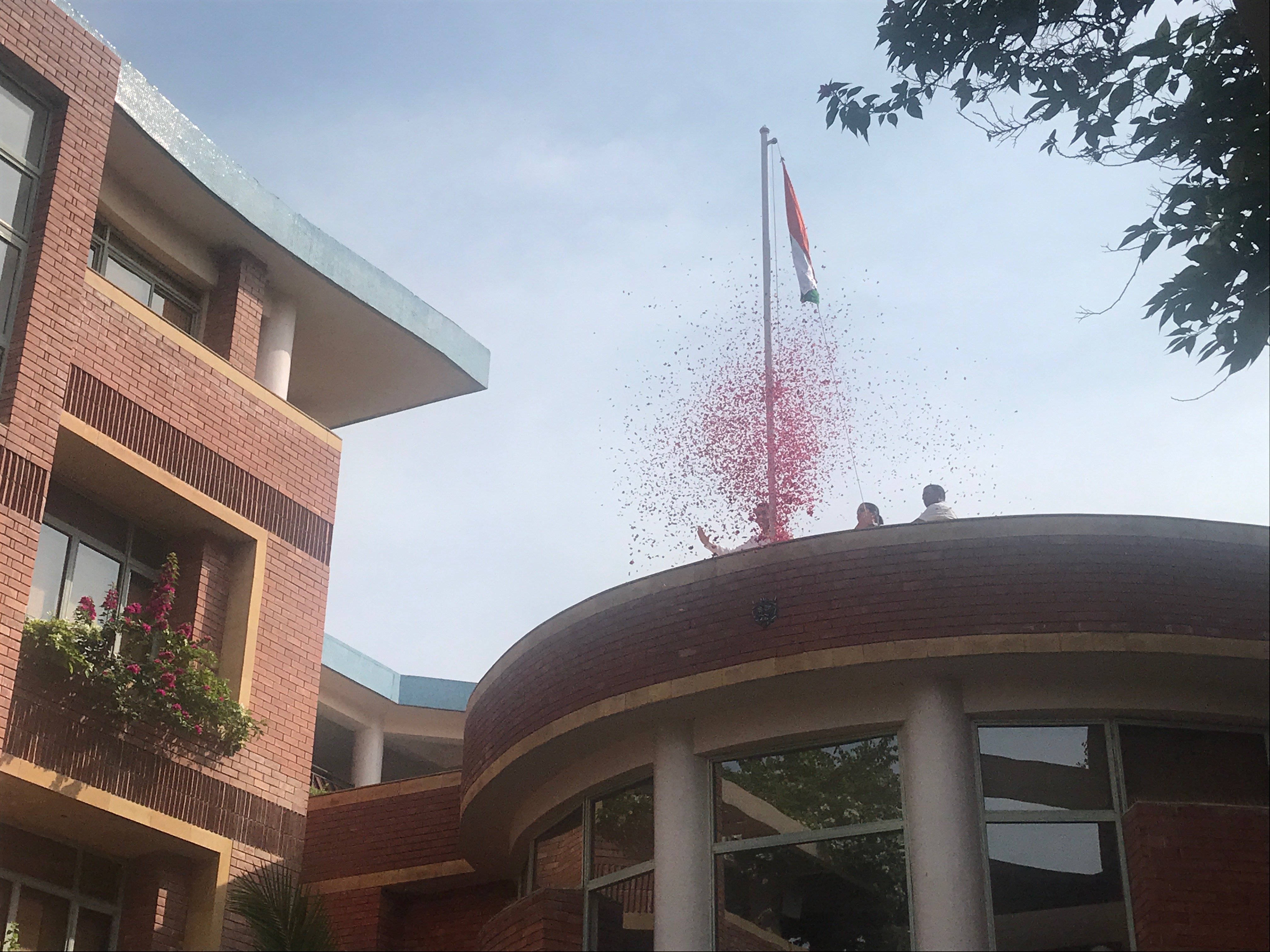 PREVIOUS ARTICLE 14 August 2019 The World’s Largest Lesson conducted by AIESEC volunteers
NEXT ARTICLE 19 August 2019 Hamari Kaksha session by Class 10B
Back to top
Do NOT follow this link or you will be banned from the site!