After two days of rich and stimulating debate, the Strawberry Fields High School Parliamentary Debate Championship finally, drew to a close. The championship concluded on a chilly November evening. Swathed in the instrumental tracks of Richard Clayderman, the closing ceremony kicked off with the screening of our closing video, filled with behind-the-scenes clippings of the conference. Afterward, we welcomed our Chief Guest for the evening, Ms. Lippi Parida,

She is a New Delhi based author, poet, and artist who has been the recipient of the 2018 national award, ‘Make in India’ for her work in the creative field. She has also published two novels, one based on her grandfather’s life, ‘Aja’s House’, and the other which was a take on the unrest in Odisha during the 2015 Nabakalebara ceremony, a one of a kind ceremony in the whole world. Her enlightening and erudite address enamored participants and students, inspiring them to take charge of their lives and making a difference.

The Organising Committee, along with the three convenors were introduced and applauded for their efforts and hours of hard work. Swiftly moving on, we began with the Awards Ceremony. The Best Speaker was Kabir Beotra from the Shri Ram School Moulsari, the Runners-up Team consisted of three young women from Modern High School For Girl Kolkata. The Best Team was from the Cathedral and John Connon School Mumbai. We were also greatly honored to have Cathedral’s Dean, Mrs. M. Isaacs, present at the ceremony, to welcome and congratulate the awardees. 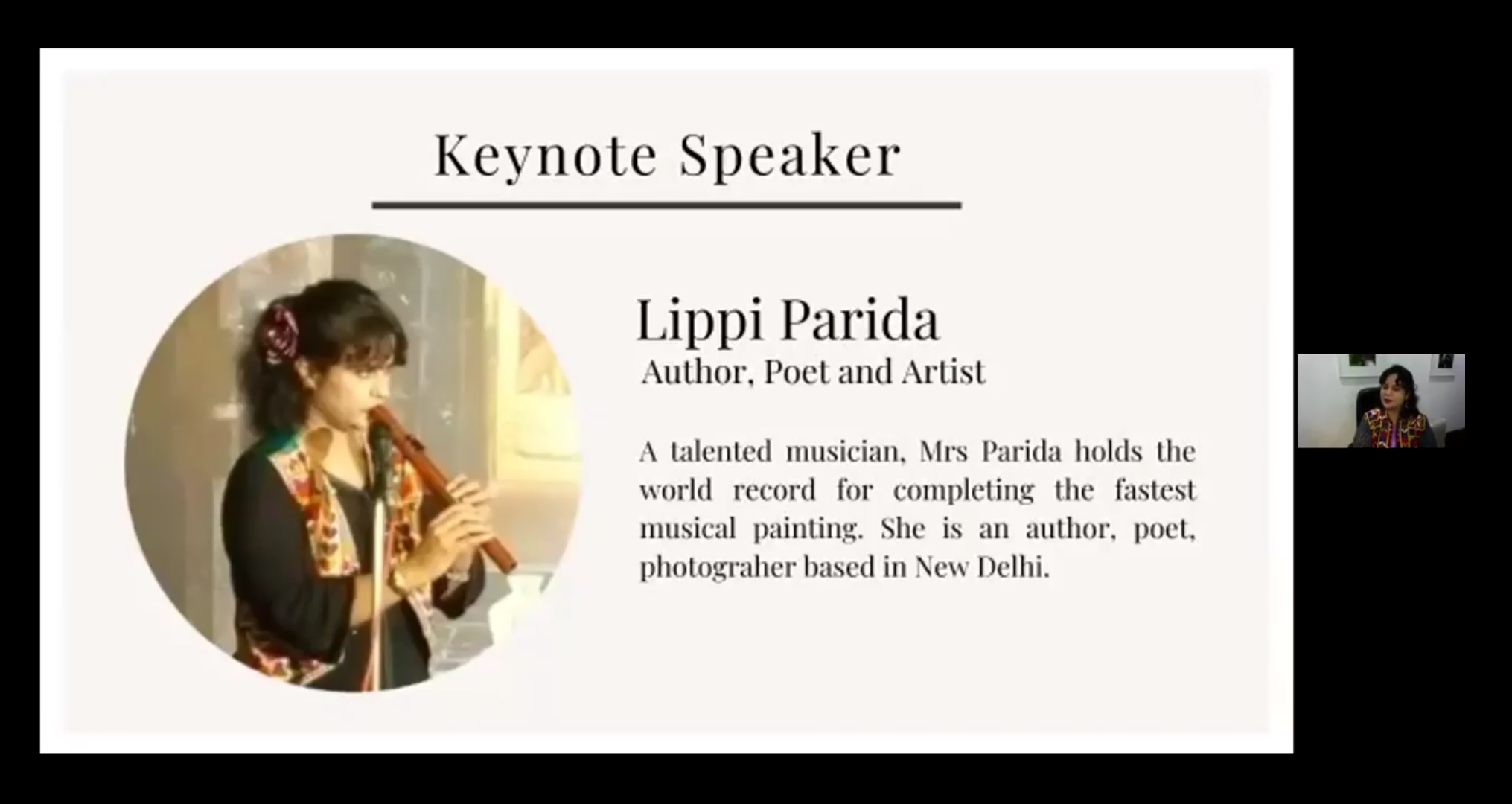