The SFHS U-16  girls’ team participated in the 6th Mohinder Memorial Basketball Tournament 2022-23 organized by St. Soldier’s  School , Panchkula from January 17 to January 20, 2023 with the main objective of promoting the game and giving opportunity to young girls to play Basketball in a competitive manner.

The 1st match was played against the team from Saupin’s which the girls won 20-02.

The Semifinal match was played against the team from C.L. D.A.V School, Panchkula which the girls won by a score of 31-00.

Our team won the final match which was played against the host team – St. Soldier’s School, Panchkula with the score of 26-28.

The team from SFHS were declared the winners of the tournament and awarded gold medals for their win. They brought home the trophy.

Heartiest congratulations to the team! 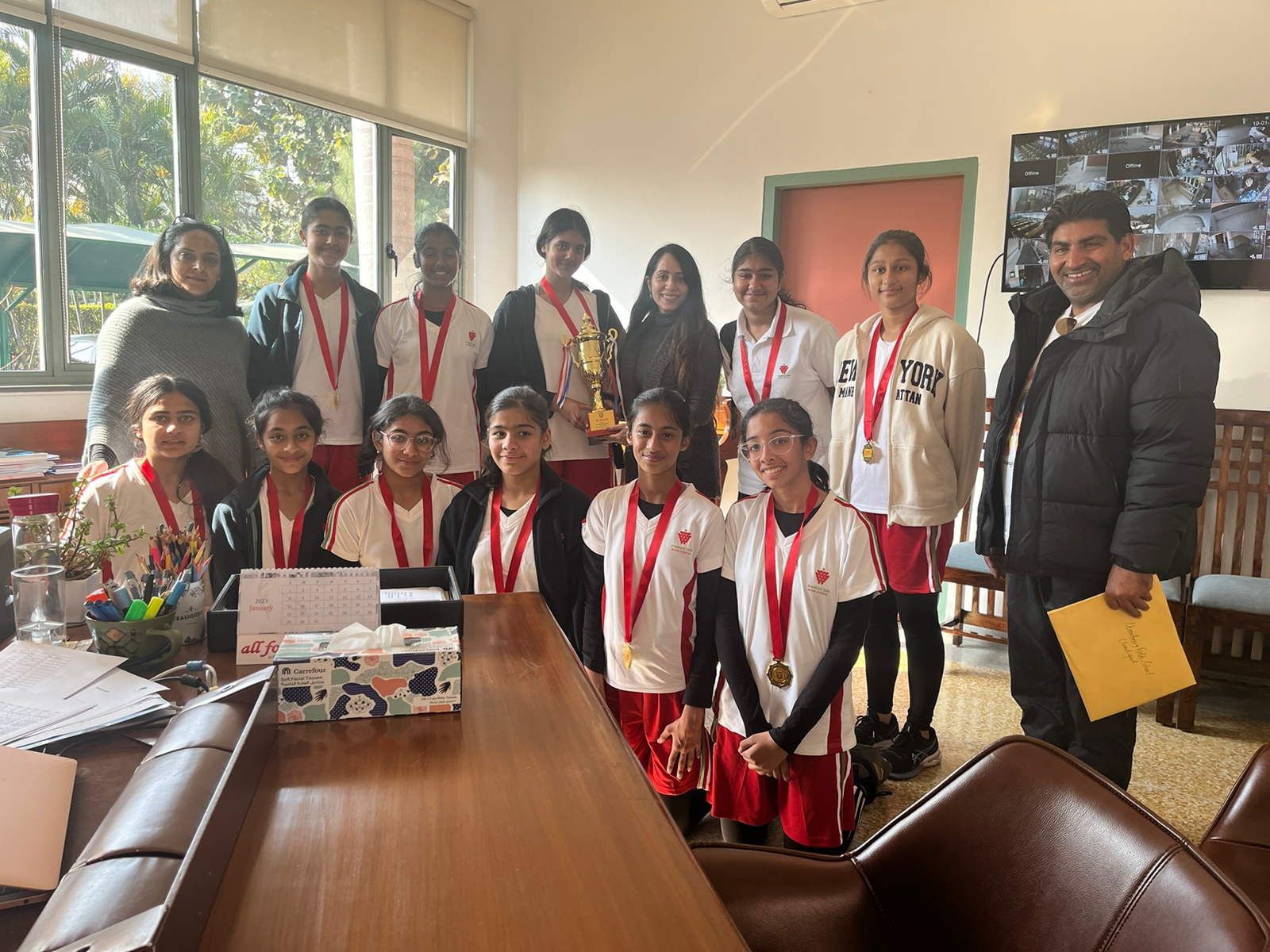