The Language Café, an inter house event, was successfully organised by the IBDP team along with High school language educators and house in charges, on 10 May, 2022 at SFHS Chandigarh. The event comprises three main competitions; creating advertisements and cartoons to represent the global issues and the classic fairy tale with a modern twist for the current audience. Students from the four houses; Aether, EL MAA, Agni and Terra fascinated the audience with their rivetted presentations and performances through diverse creative ideas.

Event 1 was based on the cartoon strip to represent a global issue, where students communicated their perspectives on important social issues existing in society. In event 2, students created an advertisement to represent any global issue of their choice and event 3 was focused on creating a modified version of a classic fairy tale with a surprising twist, by making slight changes in characters and plot. The houses were provided with a couple of classical cartoon strips such as Garfield, Snoopy, Batman and Wonder Woman and were instructed to convey their different perspectives on global issue using creativity.

The students effectively delivered their messages through the comic strips. Some of the significant issues discussed were; Wonder Woman defies all social norms and strengthens the fight against menstrual stigma, the issue of social anxiety with a modern twist in characters and viewpoint and the issue of world hunger.

All the performances were breathtakingly inspiring and full of creativity. In event 1, the cartoon scripts, the first position bagged by Agni house, followed by El Maa house in second and Terra at third position. In the second event, creating advertisements to present global issues, the first prize won by Agni House followed by Terra at second place and El Maa at third. In the last event, rewriting classic fairy tales with a modern twist, Aether House earned first position, El Maa stood second and Terra gained third position.

Overall, the main purpose of the event was to amalgamate languages, art and creativity to develop critical thinking skill and provide (CAS) service regarding burning social issues to the school community. 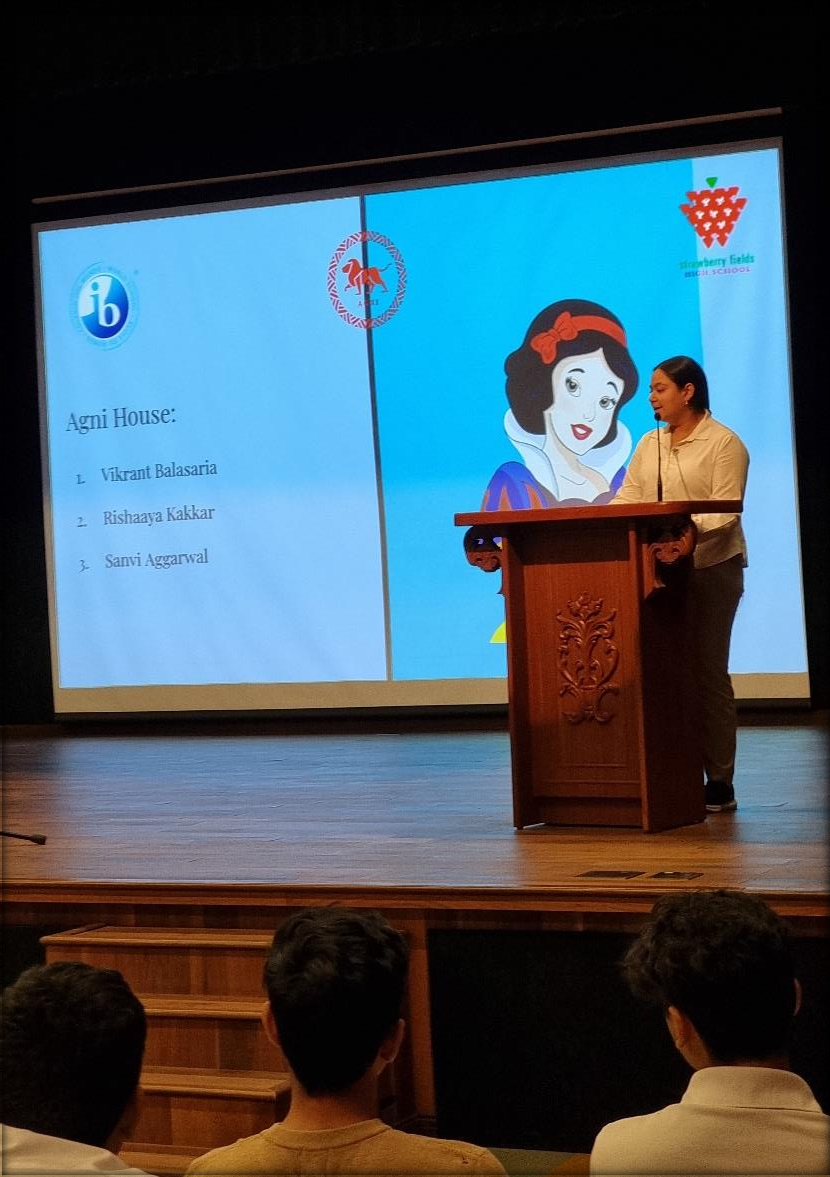 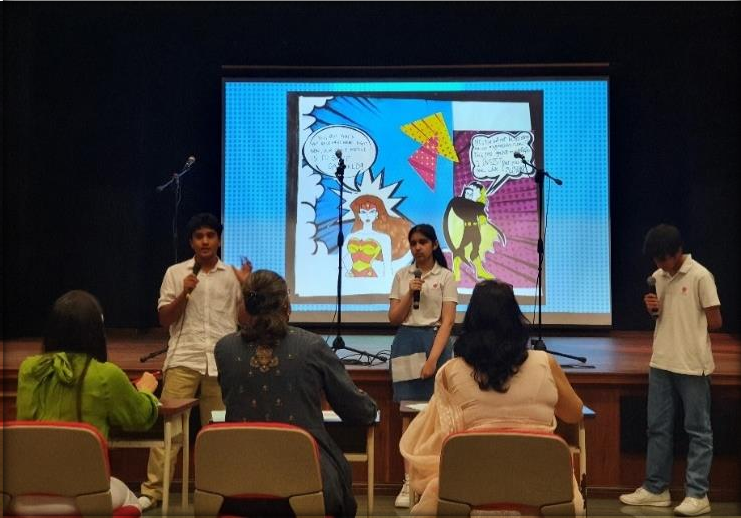 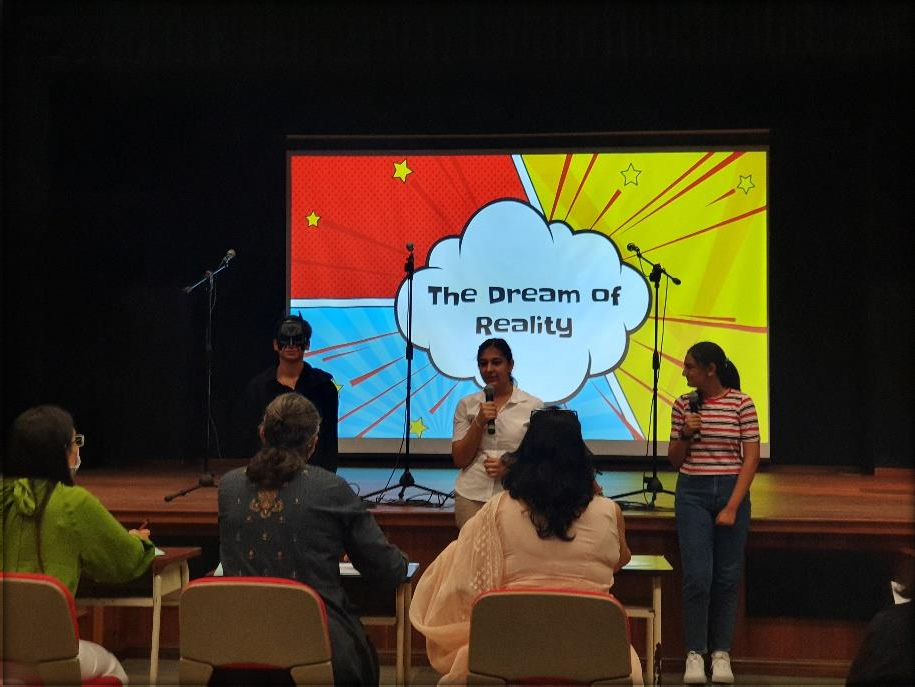 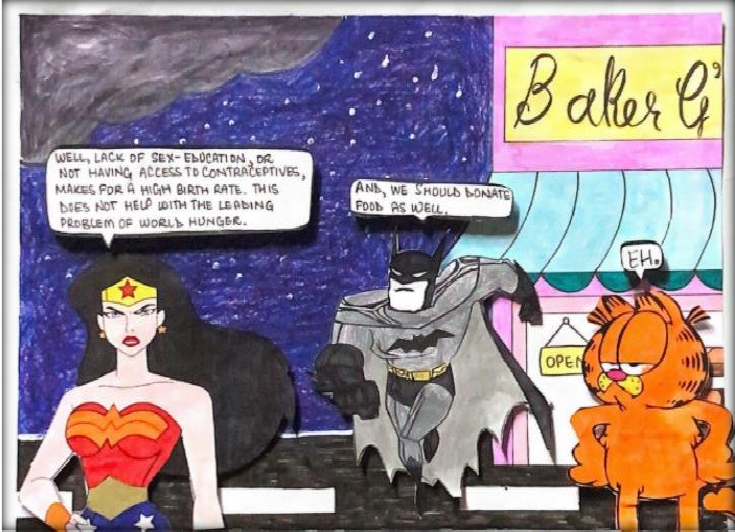